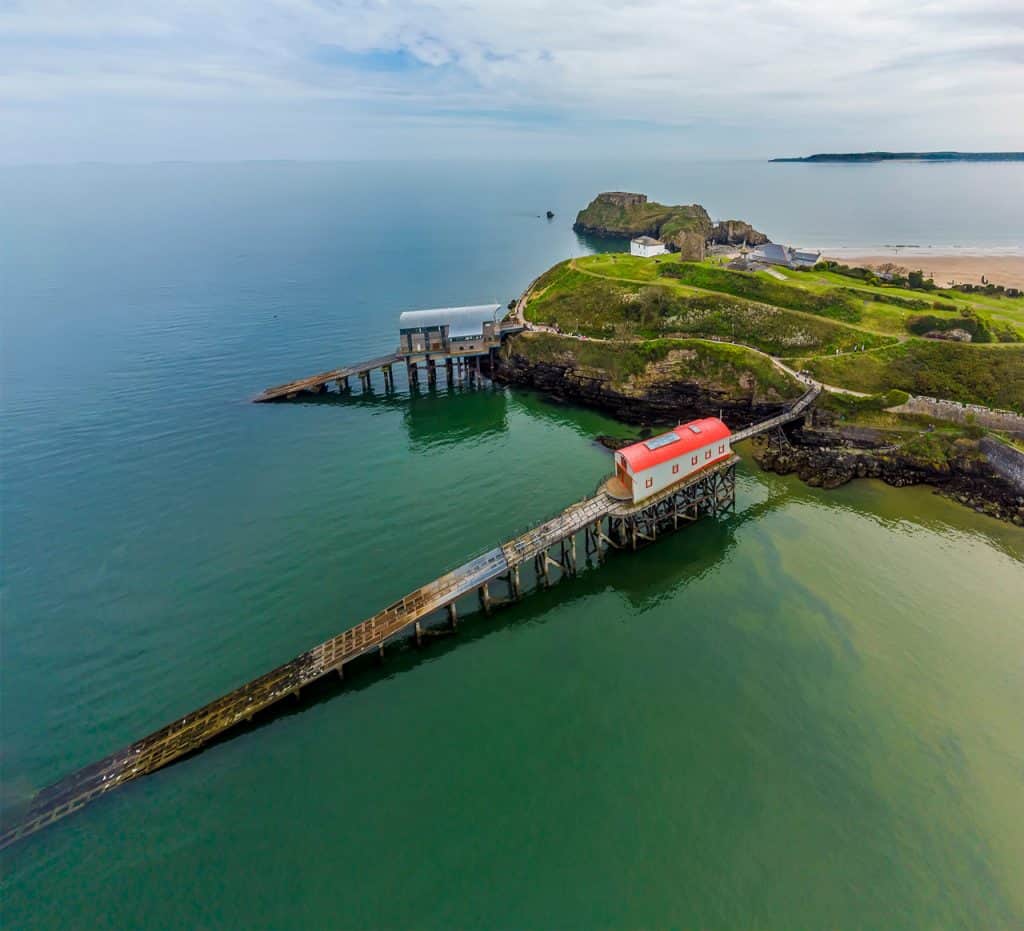 Sounds a bit like a description of a celebrity film star. Well, actually it is! One of the stars of the BBC television series ‘Saving Lives at Sea’, Tenby Royal National Lifeboat Institution (RNLI). When you visit Tenby this year, why not undertake your own lifeboat house trail, passing five still existing lifeboat houses, including the current ultra-modern lifeboat house, and even take a pleasure trip on a lifeboat sailing from Tenby Harbour. 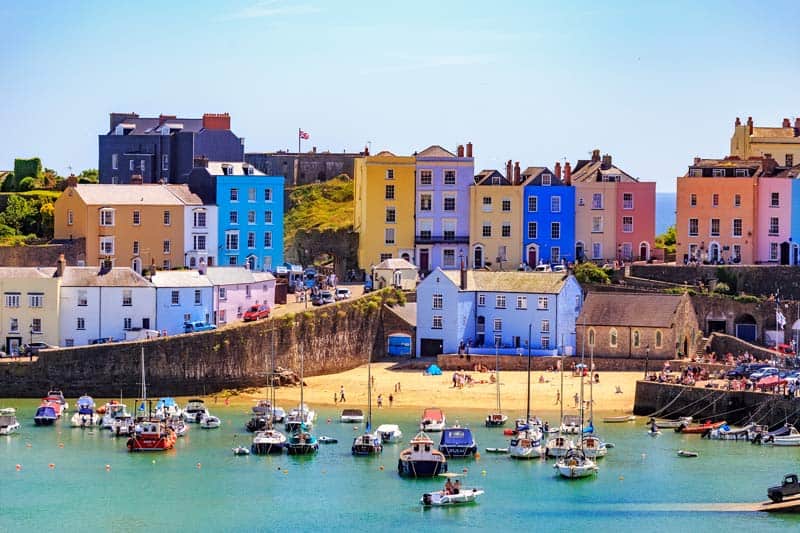 Start your trail at Tenby Harbour looking for the boathouse built on the Harbour Beach against the Harbour Wall. This was the first of Tenby’s five boathouses where the Shipwrecked Fishermen and Mariners’ Benevolent Society stationed a 28 foot by 7 foot 10 oared self-righting boat in 1852. Two years later the society handed over its nine lifeboats including Tenby’s to the RNLI. Also at the Harbour is the current inshore lifeboat house. 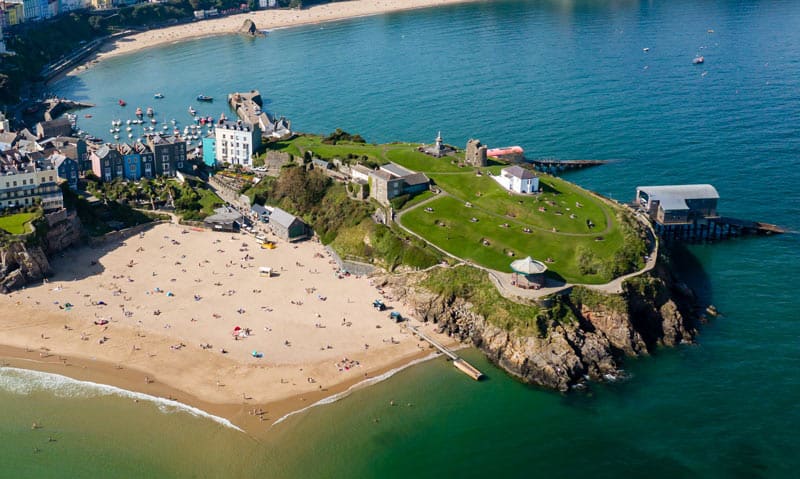 Walk up the slope towards Castle Hill and down the slope to the Castle Beach. On your left is the site of Tenby’s second lifeboat house, built in 1862 and demolished in 1895. A new boathouse was erected 60 foot closer to the beach and today houses the climbing centre. The building has a blue plaque. The 1895 boathouse was designed by W. T. Douglas and constructed by local builder William Davies of Culver Park. The structure is built of local limestone in rock faced ashlar. 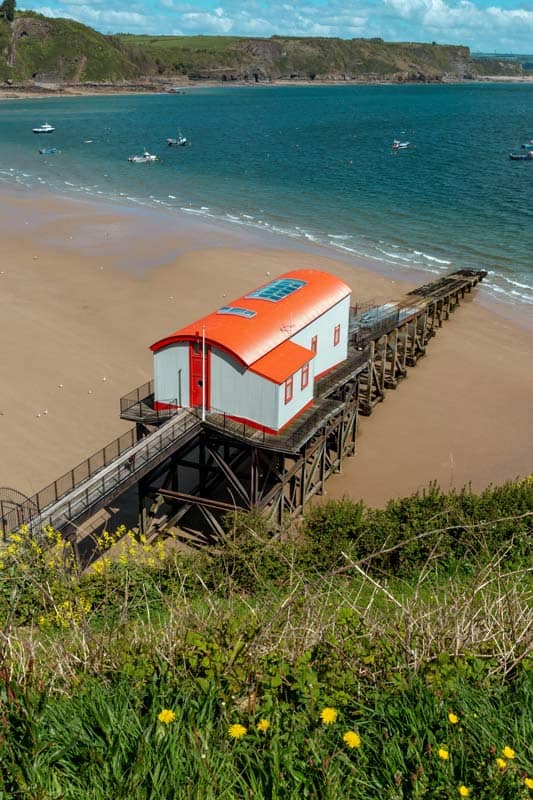 Retrace your steps back to Castle Square and turn right to follow the path around the Castle Hill. The next lifeboat house you see (the fourth) served Tenby from 1905 to 2005. Construction work commenced in August 1904 and was completed in July 1905. The structure was designed by W. T. Douglas, Chief Engineer of the RNLI. During the 100 years the boathouse was operational, many alterations were carried out, including in the late 1970s a new galvanized steel substructure beneath the boathouse and the slipway was renewed. Following decommissioning, the boathouse was sold and converted into a family home. The conversion was featured in Channel 4’s Grand Designs programme.

Finally, continue along the path to the current lifeboat station where you can inspect the present lifeboat and read all about the history of the local branch. A small shop provides the opportunity to purchase a souvenir and help support the work of the institution. 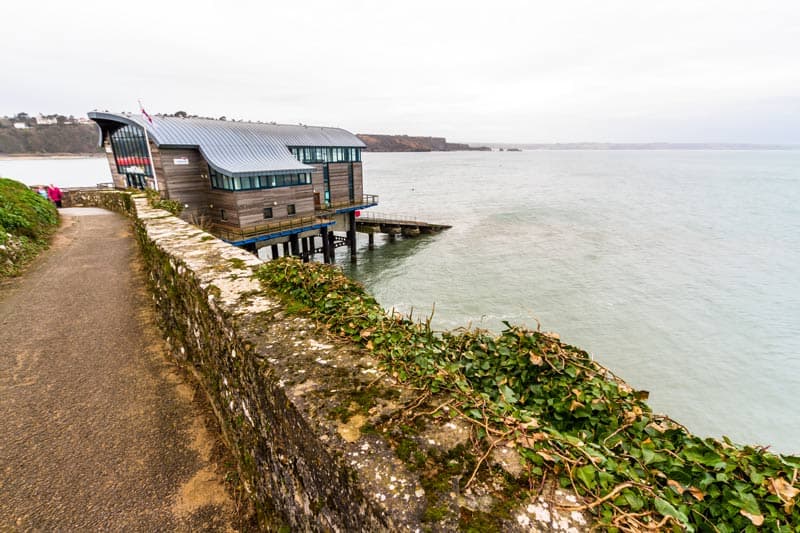 Today there are two lifeboats stationed at Tenby, the all-weather boat in the boathouse on Castle Hill and an inshore boat housed in the small boathouse at Tenby harbour.

Tenby must be unique in having so many lifeboat houses –  five houses and two boats!