Possibly one of the best beaches in Pembrokeshire

Barafundle Bay has won numerous awards for being the best and prettiest beach in the UK, and rightly so.

Owned and managed by the National Trust, and part of the Stackpole Estate, Barafundle Bay is truly a stunningly beautiful place to spend time.

Barafundle has been awarded a Blue Flag and other accolades include the Green Coast Award 2019, Seaside Award 2019.

It has featured in numerous publications and magazines, making it a very popular place to spend time.

This little gem of a beach is secluded and remote, adding to its beauty, but well worth the effort it takes to reach.

The nearest place to park is a pay-and-display National Trust car park (What3Words) at Stackpole Quay, about a 20-minute walk.

The sea is crystal clear and generally calmer due to its position on the Pembrokeshire coast.

The curved sandy beach was once privately owned by the Cawdor family of Stackpole Court, who built the castellated wall and steps down to the beach at the northern end.

Limited access and uneven paths make it unsuitable for pushchairs and wheelchairs.

The Cliffs surrounding Barafundle Bay frame the views spectacularly and the dunes which flank the beach are come alive in spring, as you can see in our pictures. The setting is a haven for wildlife so take a pair of binoculars with you to enjoy nature at its best.

This beach is one of South Pembrokeshire’s most beautiful beaches. 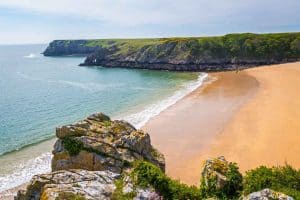 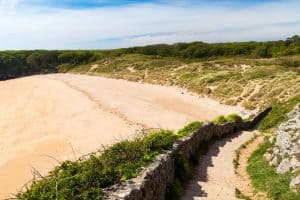 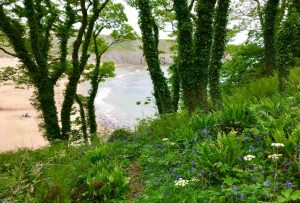 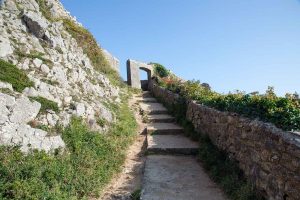 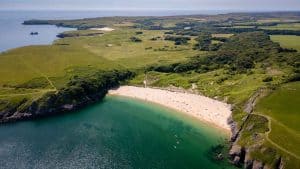 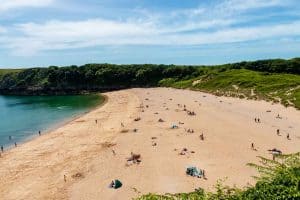 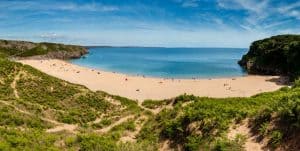 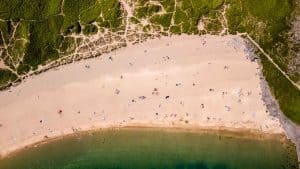 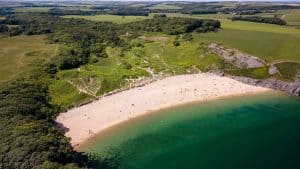 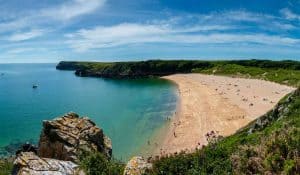 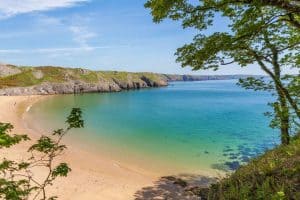 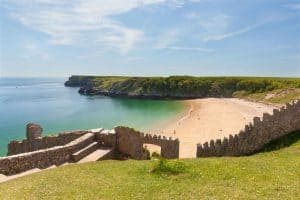 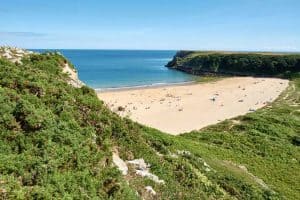 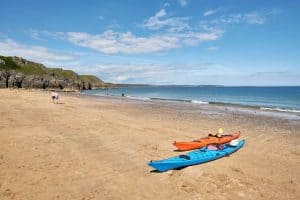 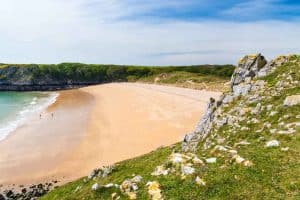 Undoubtedly one of the most photographed beaches on the coast

A genuine hidden gem of a beach