When you think of Wales? 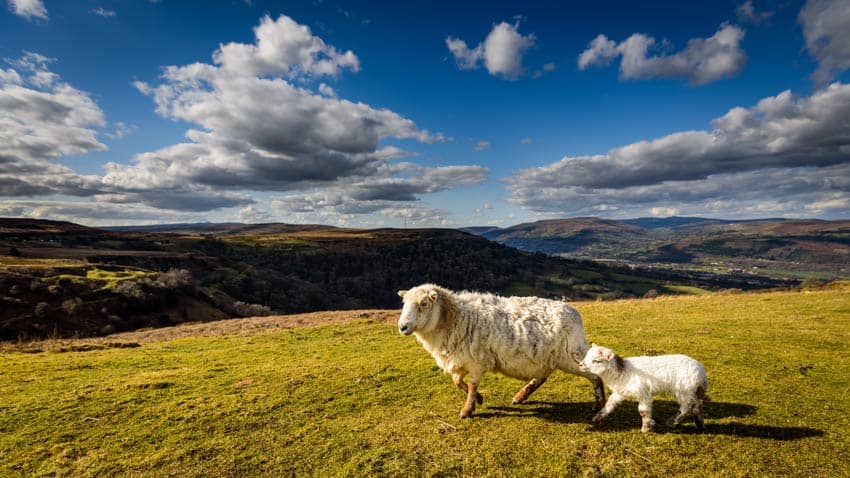 What is the first thing that comes to mind when you think of Wales?

The story of Wales is as long as time itself, and at times, very confusing. That would go some way towards explaining why the flag of Wales includes a dragon; we have been obsessed with wearing a vegetable, show affection with a wooden spoon and enjoy playing with our funny-shaped balls.

In no particular order: 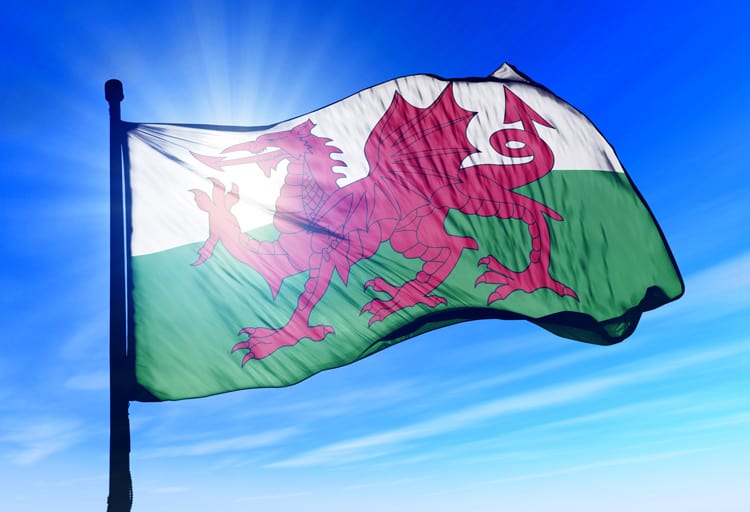 The significance of the dragon in Welsh culture is believed to date back to Arthurian legend when Merlin had a vision of a red dragon (representing native Britons) fighting a white dragon (the Saxon invaders). The use of green and white refer to the colours of the House of Tudor, the 15th century royal family of Welsh origin. The red dragon won the battle, just in case you were wondering. Even with this amazing back story, it still took until 1959 for the red dragon to feature on the Welsh national flag. 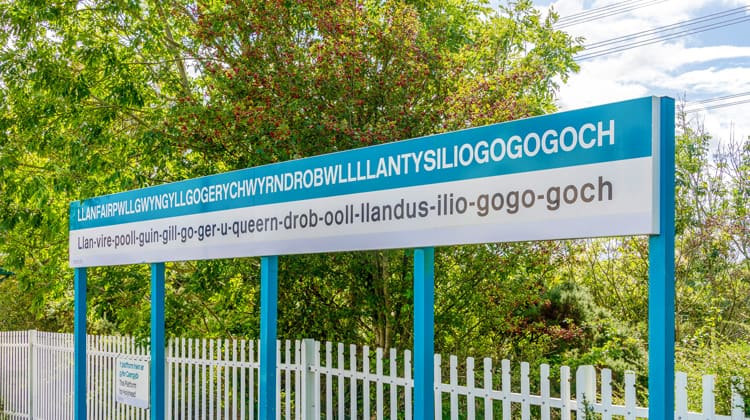 Unless you’re a true-blooded resident of Wales, there’s a 100% possibility that you cannot pronounce Welsh town names right. The Welsh language is a struggle, to say the least. The Celtic tongue is known for its absolute disregard for vowels, meaning some words can look completely unintelligible to the uninformed. Most Welsh town names are an impossibility to Pronounce and will Blow your mind. for example, Cwmystwyth, ten letters, no (English) vowels. The name Crymych translates into English as “crooked stream”. And as unpronounceable place-names go, they don’t get much more famous than Llanfair­pwllgwyngyll­gogery­chwyrn­drobwll­llan­tysilio­gogo­goch. But don’t worry too much, when your travelling into Pembrokeshire it gets a lot easier, but to explain why that is, we would need to get back to the history of Pembrokeshire itself. 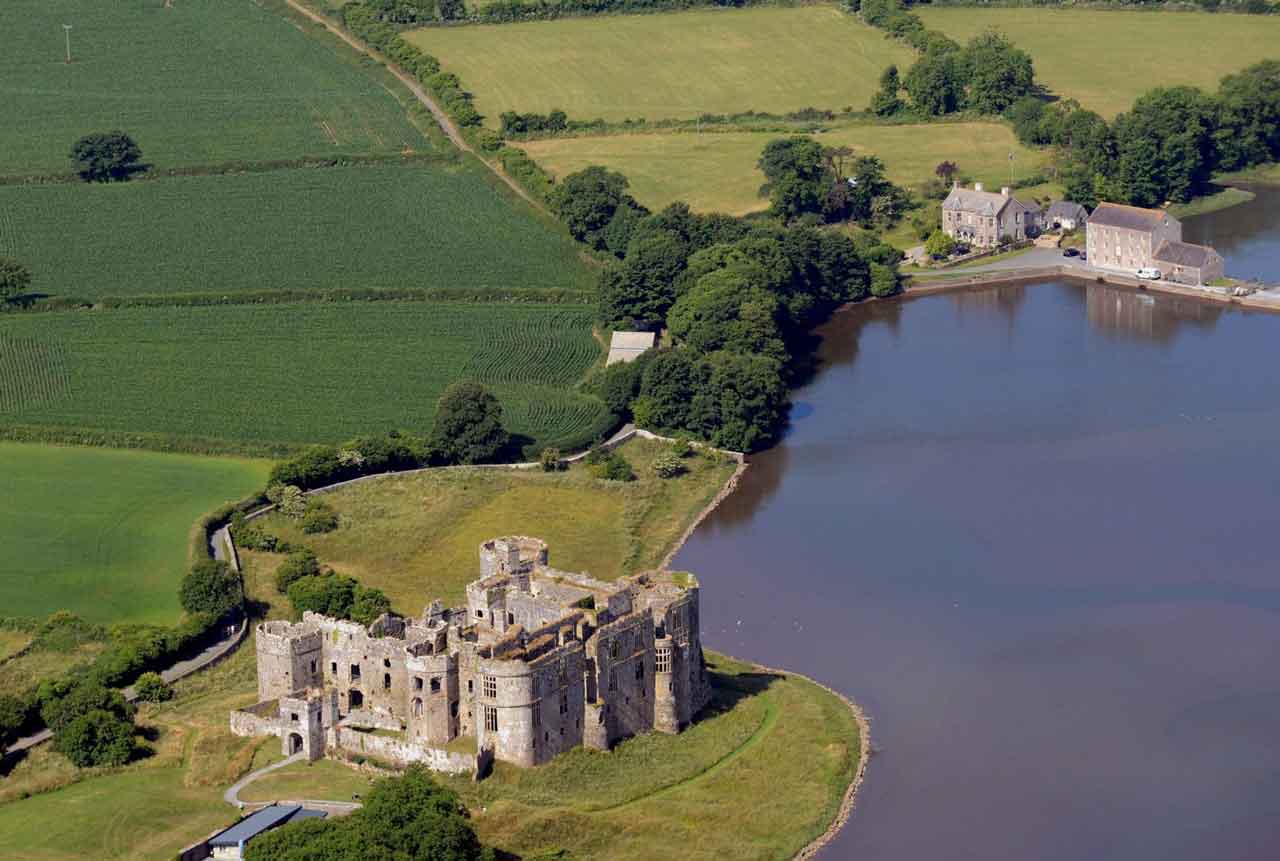 Here is a little known fact; Wales has more castles per square mile than any other country in Europe. Wales’ history has left a landscape scattered with Iron Age hill forts, Roman ruins and castles from Medieval Welsh princes and English kings. In Pembrokeshire we have quite a few of our own castles, including Haverfordwest Castle, Camrose Castle, Laugharne Castle, Pembroke Castle, Picton Castle, Carew Castle, Llawhaden Castle, Narberth, Castle, Manorbier Castle, Cilgerran Castle, Old Old Beaupre Castle, Nevern Castle, Newport Castle and of course our very own Tenby Castle. And we possibly missed a few too!

If someone said name a Welsh singer, you possible wouldn’t say Sir Thomas John Woodward OBE, but bizarrely you would be right. He is, of course, known professionally as Tom Jones; his career began with a string of top-ten hits in the mid-1960s. He has toured regularly, with appearances in Las Vegas. Tom Jones’s voice has been described by Stephen Thomas Erlewine of AllMusic as a “full-throated, robust baritone” and another random fact is that he still to this day has knickers thrown at him on stage. 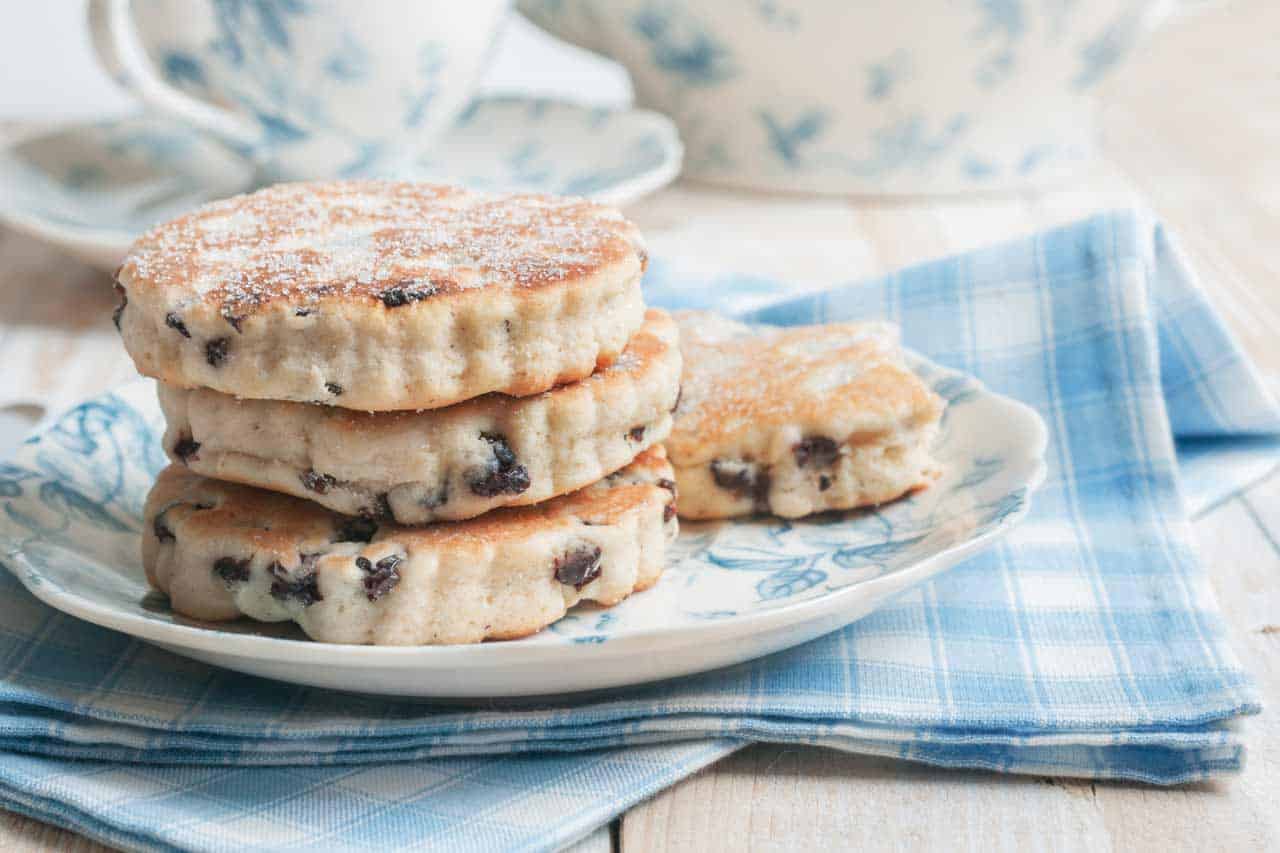 The cakes are also known as bakestones within Wales because they are traditionally cooked on a bakestone, a cast iron griddle about 1.5 cm or thicker placed on the fire or cooker; on rare occasions, people may refer to them as griddle scones.

If you celebrate St David’s Day and are looking for some traditional Welsh recipes, these Welsh Cakes are perfect and straightforward to make!

Dylan Thomas was a Welsh poet and writer whose works include the poems: “Do not go gentle into that good night” and “And death shall have no dominion“; the “play for voices” Under Milk Wood, and stories and radio broadcasts such as A Child’s Christmas in Wales and Portrait of the Artist as a Young Dog. He became widely popular in his lifetime and remained so after his premature death at 39 in New York City. By then, he had acquired a reputation, which he had encouraged, as a “roistering, drunken and doomed poet”.

In 1931, when he was 16, Thomas, an undistinguished pupil, left school to become a reporter for the South Wales Daily Post, only to resign under pressure 18 months later. Many of his works appeared in print while he was still a teenager. In 1934, the publication of “Light breaks where no sun shines” caught the literary world’s attention. While living in London, Thomas met Caitlin Macnamara. They married in 1937. In 1938, they settled in Laugharne, Carmarthenshire, and brought up their three children. 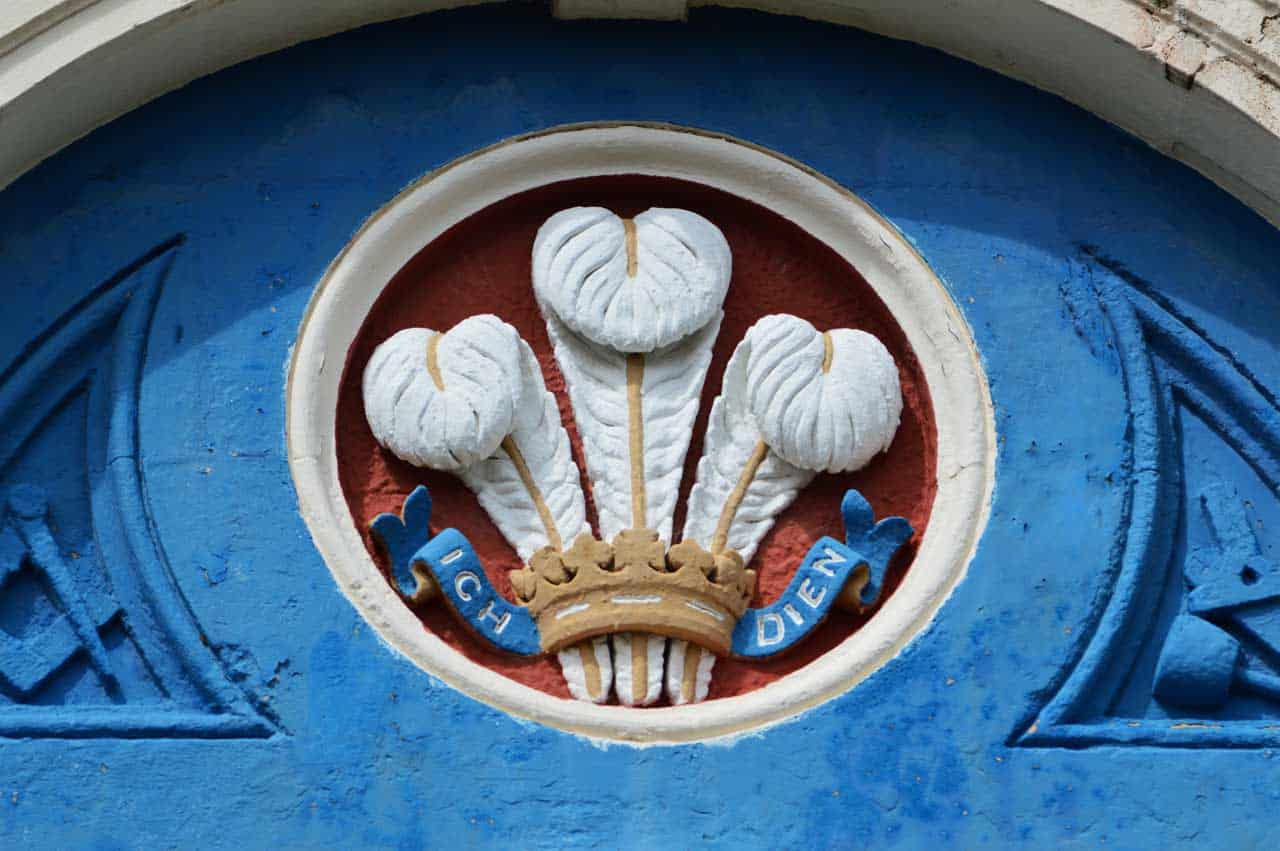 Three white feathers are encircled with a coronet inscribed with Ich Dien’s German words (‘I serve’); this is the official emblem of the Prince of Wales, the Heir Apparent to the British and Commonwealth crown. Direct historical links with Wales are relatively sketchy. Nonetheless, the Three Feathers are proudly worn on by our Welsh national rugby team. 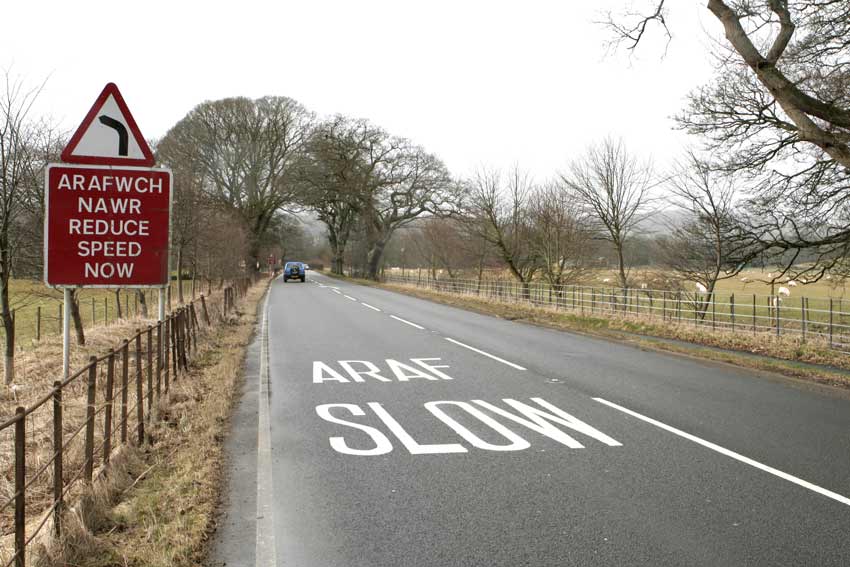 The native language of Wales is spoken by three-quarters of a million people, mainly in Wales and also spoken in England, the USA, Canada, and Argentina. There are few Welsh-only speakers, and traditionally, Welsh has been the language of rural Wales, but it is increasingly popular within urban populations. Bilingual road signs and the Welsh language television channel, S4C, are just a couple of examples of the language in everyday use today. 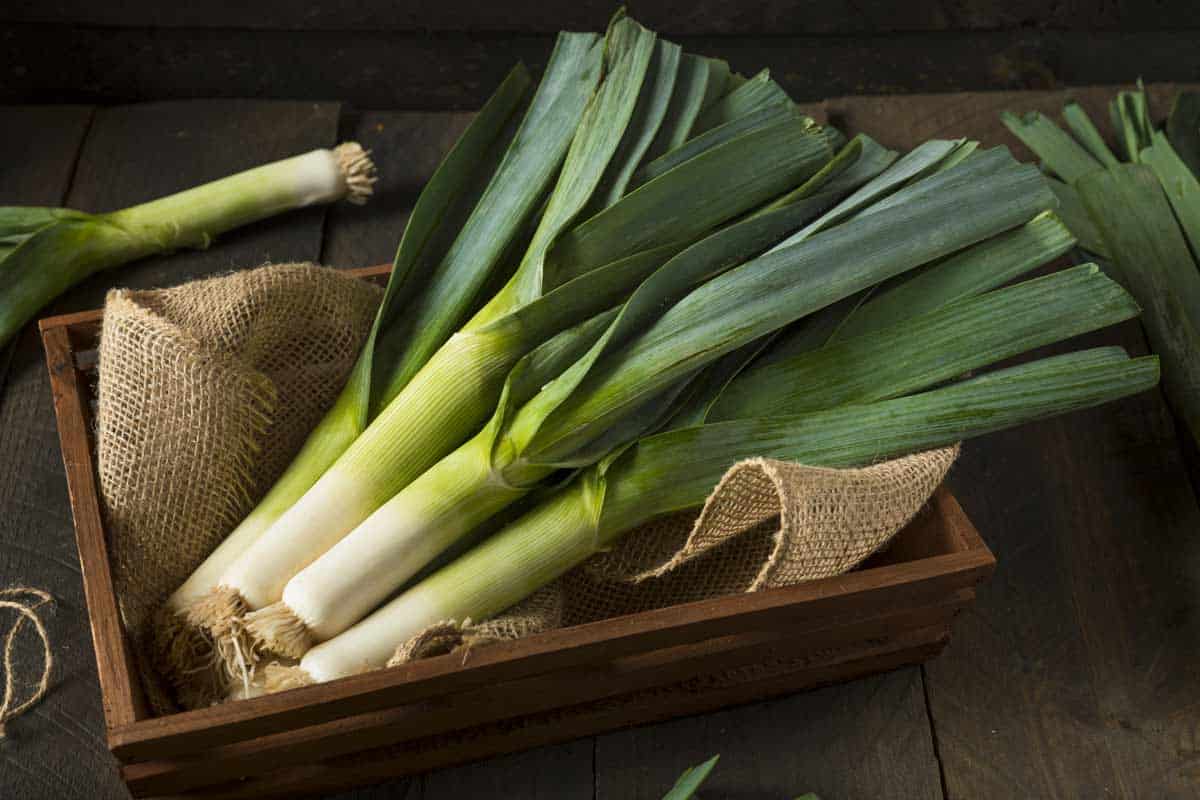 This humble root vegetable is cited as a symbol of Wales in William Shakespeare’s Henry V. Evidence also exists that the Tudor dynasty issued leeks to be worn by their guards on the 1st of March, known today as St David’s Day in honour of the patron saint of Wales.

There is also plenty of entertaining folklore and guesswork why the Welsh are so strongly connected with the leek. The 7th-century King of Gwynedd, Cadwaladr, is said to have ordered his men into battle wearing them for identification purposes. Still, whatever the origins, we grow plenty of them, and they taste lovely.

A handcrafted gift made of a solid block of wood, the tradition of a male admirer, crafting a lovespoon for a young woman indicated to the woman’s family that he was skilled and capable with his hands.

The oldest existing lovespoon in Wales dates back to 1667 and can be seen at the wonderful St Fagans: National History Museum. Each specific carving on the spoon is symbolic, from the eternal love of the Celtic knot to the twisted stem indicating togetherness. 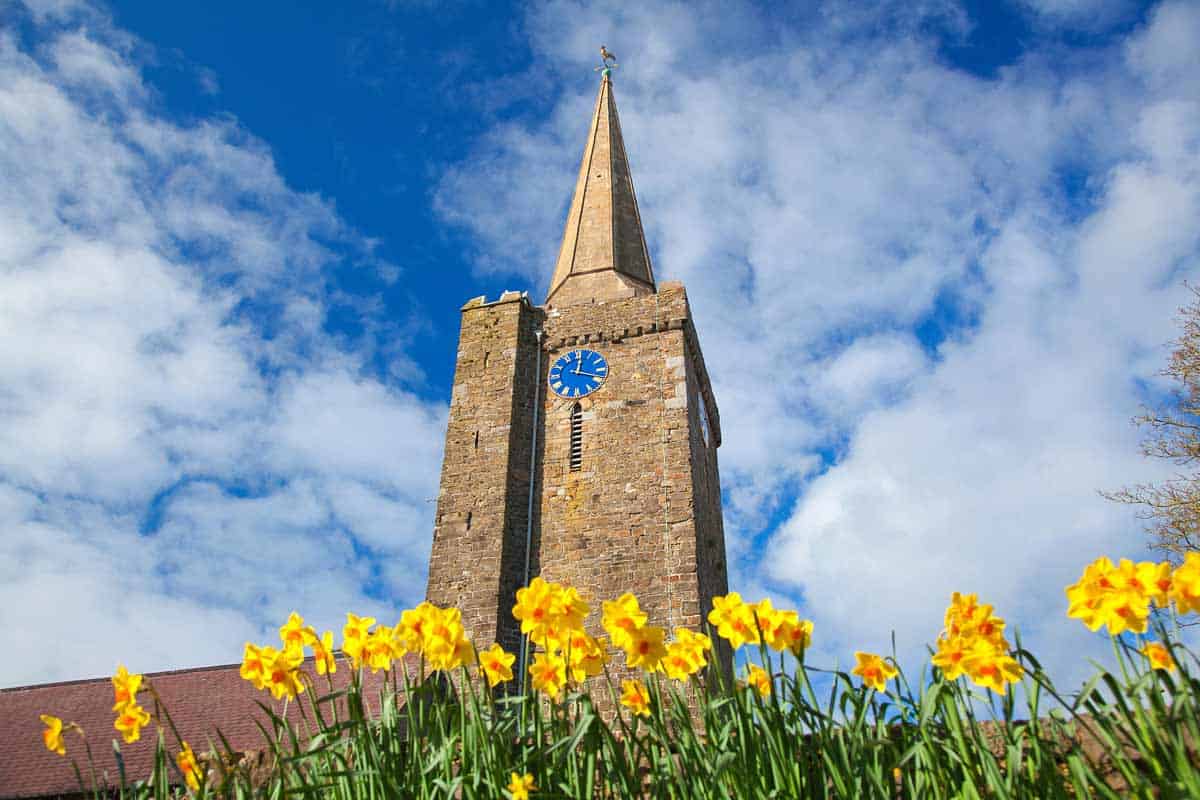 This is one for those who believe that contemporary culture is all style over substance. The origins of the national flower of Wales appear to be an attractive interloper, introduced during the 19th Century to replace the humble leek.

David Lloyd George, the only Welshman to serve as Prime Minister, was a public advocate of the Narcissus (its Latin name) and its appearance in early Spring as a symbol of nature’s optimism neatly coincides with St David’s Day on March the 1st of March. A more unusual link is that daffodils are grown commercially in Mid Wales to produce galantamine for the treatment of Alzheimer’s disease. 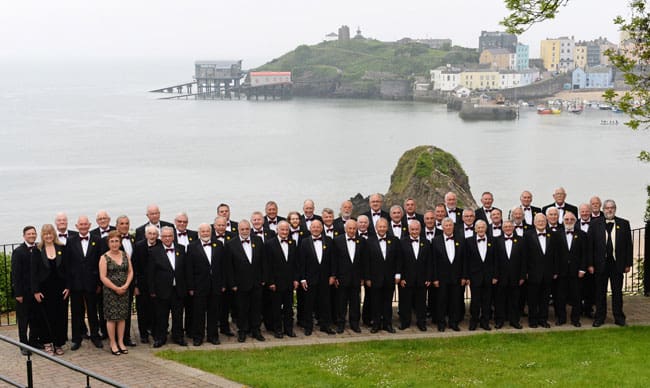 The 450-strong South Wales Choral Union of Aberdare is credited for popularising the Welsh male voice choir tradition after winning The National Music Union Brass And Choral Event in consecutive years during the 1870s. Welsh choral singing is instantly recognisable, with different pockets of the choir singing different parts. Traditional bedrocks of the movement include Treorchy and Morriston. The more recent success of Only Men Aloud has ensured that the male voice choir tradition is as popular with audiences as ever.

The picture above though is of our very own Tenby Male Voice Choir pictured above North beach with a view of Tenby Harbour. Founded in 1975, Tenby Male Choir has, over the past 40 years, grown from strength to strength not just in chorister numbers but also in its musical reputation under the guiding light of our Music Director Ian Williams [affectionately know as “Wilbur”] and our accompanist Jill Williams [no relation]. Today, as a well-established Male Voice Choir in West Wales, at nearly 50 choristers strong, the choir prides itself on the professional reputation it has earned “From the heart of Pembrokeshire”.

Sheep, lots and lots of sheep

Sheep farming has been central to the Welsh way of life for centuries, and there are approximately 10 million sheep in Wales, which makes up around 1/3 of the entire British flock. That’s amazing when you consider the Welsh human population is just over 3 million.

Wales is dominated by mountains and a wet climate that makes growing crops challenging but perfect for breeding animals. Welsh sheep became famous for the “sweetness of their meat”, while the wool was of course, used by the textile industry, and it wasn’t just lamb; mutton also became popular too.

Sheep and lambs are synonymous with Wales and have been a contributor to the Welsh economy for a very long time, and of course, we love seeing the newborn lambs bouncing around in the field, playing together, it really is a wonderful and heart-warming sight.

The first Welsh international rugby union match took place in 1881 against England in Blackheath. It didn’t go well for the away team, but brushing that minor setback aside, the first golden era for Welsh rugby came with a three year unbeaten run between 1907 and 1910. The side’s fortunes may have ebbed and flowed for the subsequent Century and a bit. Still, it hasn’t deterred the phenomenal support that reflects the sport’s cultural importance in towns and villages all over the country, particularly in the industrialised parts of South Wales.